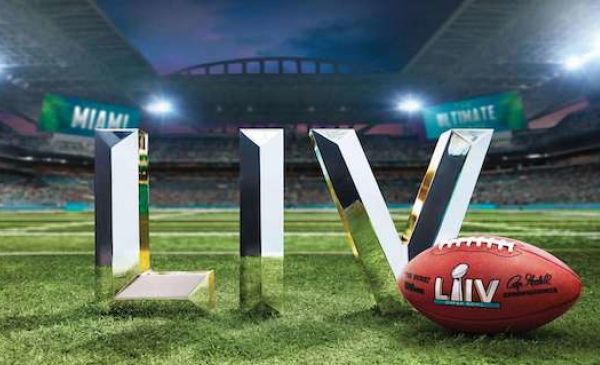 The Big Game” is no longer what’s happening on T.V., but rather the struggle for attentiveness in a noisy world. And the brand that wins an unfair share of buzz and media attention during Super Bowl Sunday, might not even be one that has an ad.

Traditionally, the Super Bowl has offered marketers a chance to drive sales, build brand affinity, and project a level of cultural relevancy. Yet, with declining game viewership and increased social follower counts of brands, the new reality is that a dozen companies can send a tweet that reaches more people than a commercial airing on a television channel. To increase ROI, marketers have smartly started releasing their expensive Super Bowl ads online days in advance, amplifying media promotions throughout the entire weekend. But, even that strategy won’t last.

Throughout 2020, big cultural moments will take their cues from how brands activate during one of the most anticipated and crowded sports weekends. And namely, big cultural moments will call into question the role of both commercials and television programming: in a time when brands can go direct-to-consumer more easily with branded content and experiences, what is the future value of a broadcaster?

As we shift from prioritizing “operational efficiency” through reach & repetition to “value creation” through resonance & relevancy, the next decade of #perpetualbeta will reward companies that recognize the powerful third rail in the brand-consumer relationship: community. Culture comes from communities, and brands that wish to play in the speedway of culture — sports, music, art, fashion, and beyond — must recognize that communities grant permission for brands to leverage culture for consumerism.

Based on research of 1,500 fast-growing companies from the past decade, the art & science of sparking strong emotional connections with consumers and the communities they belong to is now being decoded. And for marketers and their agencies, the rise of community as a growth strategy represents a new page in the brand building playbook.

Here are five trends (and a walk down Super Bowl’s biggest brand moments) to help you maximize ROI on culture-based marketing through the growth accelerant of community:

1. Lexicon: Communities each have their own nuances of language, so to spark emotions with a community companies should invest in “branded vocabulary.” Consider In-N-Out Burger and Southwest Airlines, by reinventing the way customers order food and hear pre-flight safety instructions, both brands elevate a mundane moment into a memorable experience by using language as a bonding agent of the community (e.g., ordering through secret keywords like “animal style” and using humor to capture attention). Related to past Super Bowls, think of Budweiser’s iconic “Whassup?” phrase during Super Bowl XXXIV in 2000, which became an instant calling card among communities of beer enthusiasts and brand aficionados; expect a 2020 resurrection starring none other than the AI-driven, voice-enabled tech in our lives.

2. Audio: The confluence of two trends is happening with audio — individuals trying to pay less attention to screens and individuals having greater access to voice-controlled devices. Marketers have long known that the initial 3-5 seconds of an ad are now most crucial, yet few have developed an audio strategy built on upfront instant recognition, often holding viewers at bay until the end of a commercial for a big brand reveal. Starting with this year’s Big Game, companies that resonate with communities will have a clear sonic signature, leverage voice in creative manners, and develop infectious tones/sounds that are annoyingly unforgettable. Amazon’s use of iconic voices in Super Bowl LII in 2018, in which Alexa lost her voice and was replaced (by Cardi B, Rebel Wilson, Gordon Ramsey, and Anthony Hopkins), is a great example of projecting into communities through a “voice” strategy, which carried through to branded experiences with at-home smart speakers.

3. Visuals: The fastest-growing part of communication isn’t words, with just shy of 1,000 new words added to dictionaries each year. Yet, brands often fixate on language — tagline, manifestos, copy lines, claims, features, benefits, and “reasons to believe.” Today, over 20% of social media posts contain a visual (e.g., gif or emoji), and the fastest-growing type of communication is gifs (i.e., Giphy has 10% of the search volume as Google). To resonate, make your brand “conversational” among communities by breaking it down into meaningful emojis, glyphs, and gifs that consumers can use when talking to each other. Consider Oreo’s game-changing tweet during Super Bowl XLVII in 2013, when the power went off after Beyonce’s flawless half-time performance; it was the beginning of the end of Super Bowl commercials dominating coverage as the social media moment became the most talked about brand activation — all based on a single image.

4. Experience: In a sense to belong, consumers mirror people in their community. The culture of badging and signalling on Instagram is one demonstration of this consumer behavior. Brands that create, encourage, and amplify a shared, normative set of behaviors around their product will start to win the loyalty of users and attention of prospects. Consider the companies that “gamify” the Super Bowl by having at-home or in-bar audiences collectively take an action when teams score points.

5. Cultural Connections: Brands are being challenged by employees, shareholders, and consumers to have more socio-political attunement to the reality of the communities that are buyers and/or suppliers. As a result, brands in the pop culture orbit have to shore-up their foundation through new, modern “brand safety” rules as they navigate the culture-ethics gap: empower members of communities by making them better off, show earnest commitment to the issues and causes of communities, and express empathy in allowing community members to represent their own culture. During Super Bowl XLIV in 2010, Pepsi made this a mainstay strategy by donating their would-be $20m ad budget to social causes voted on by their customers.

Contributed to Branding Strategy Insider by: Kai Wright, Author of Follow The Feeling: Brand Building In A Noisy World

The Blake Project Can Help: The Brand Positioning Workshop